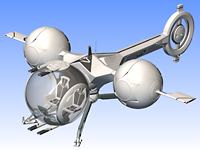 Prototype for the model served as an aircraft ship from the Oblivion movie, 2013. 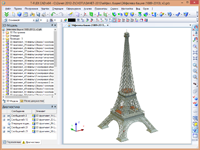 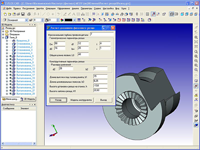 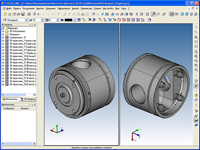 Three-dimensional model of the piston head, piston assembly and fixture device for drilling holes on the drilling-milling-boring machine. 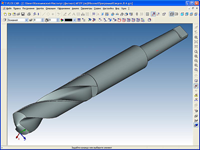 Parametric model of the drill made in T-FLEX CAD.  Add-on application for calculations was programmed using Delphi. 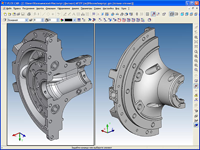 3D-model is implemented on a good professional level using not only basic modeling operations such as extrusions and rotations but also quite complex blends. 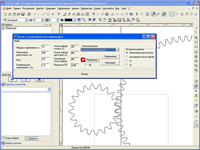 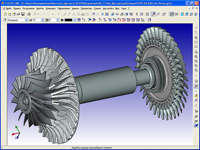 The project goal is to show cockpit controls operation by means of T-FLEX CAD mates and transformation options. 3D model of glider with cockpit controls was designed within this project. Using this model, wing mechanization has been shown.
Now this project is used within educational process for the course “Construction and design of aircraft”. Students study glider cockpit , control elements, transversal and longitudinal stability of glider using virtual 3D model.

3D models of garden house and chandelier – products of artistic forging - are presented at competition.