Explore 3D model in a virtual 3D space and interact with it as if it is already a manufactured product.

The application allows you to explore the model in a virtual space and interact with it as if it is already a manufactured product. 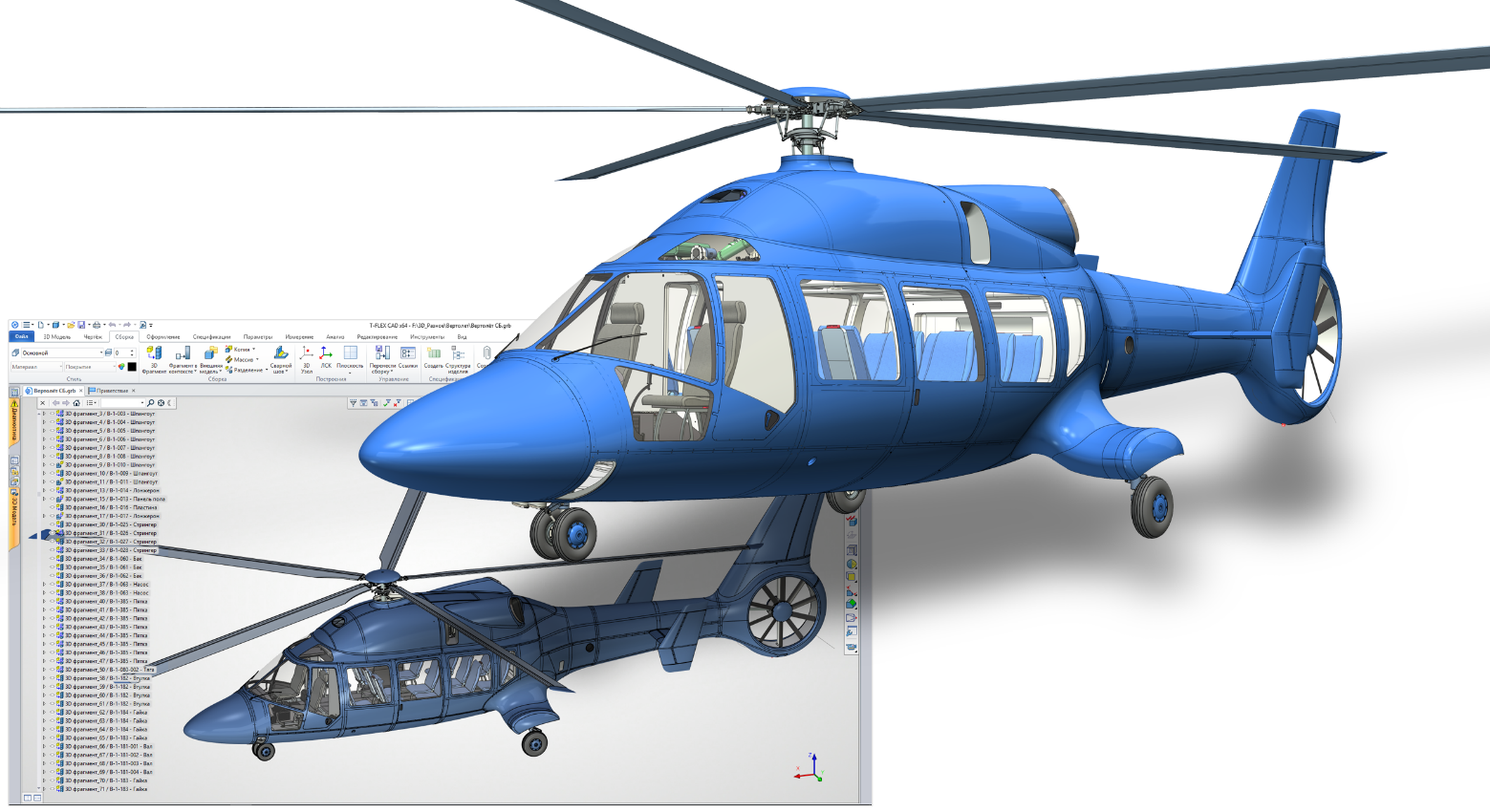 The application requires a virtual reality HMD and controllers. The application works with the HMDs of the HTC Vive, Oculus Rift and other devices that use the OpenVR software interface.

When the module is started, an additional tab appears in the Ribbon, containing the commands necessary to work with the virtual reality headset.

In addition, VR headset management commands are available for Camera objects created by user in the 3D model.

The controllers allow you to move objects in the scene and invoke commands, and the HMD gives the user a live view of the model. Synchronous update allows the user to see the results of his actions in real time.

T-FLEX CAD models do not require any special preparation for display in VR.

The module is built into the T-FLEX CAD, so to display the open model in VR you only need to create a camera and start the virtual reality mode. 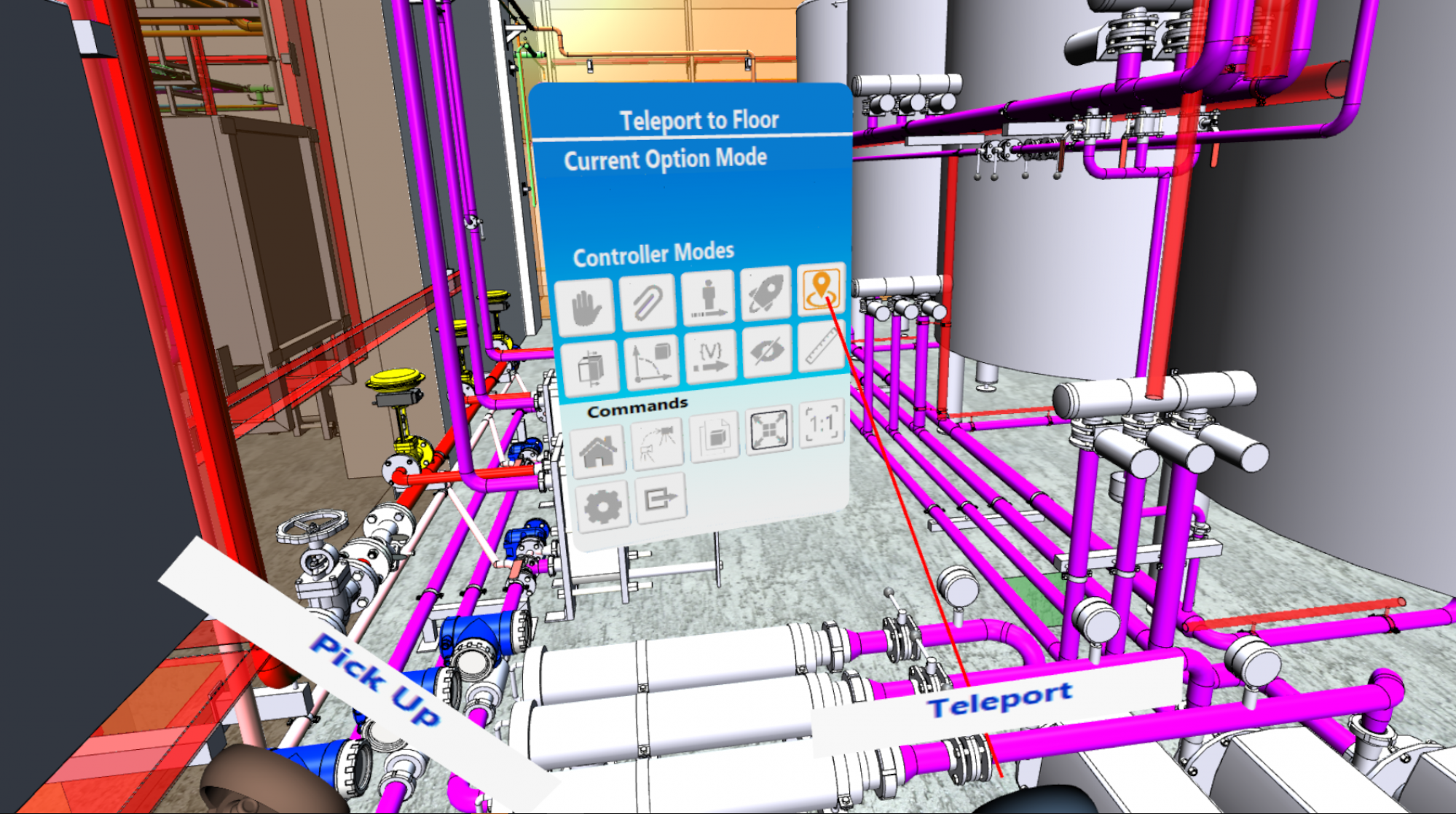 The user can adjust the work in virtual reality in a convenient way, thanks to a wide range of settings. For example, you can rotate around a vertical axis, or you can move the camera only horizontally by selecting corresponding options. In a scene, you can specify comfortable lighting sources and set the floor display.

You can save the settings to a separate file.

Controllers in the user's hands are also displayed in the scene. Above the controllers is a line with a hint that shows the currently active command.

Configuration of each controller is separate. You can disable unnecessary commands for the controller.

A special menu is used to select the active command. 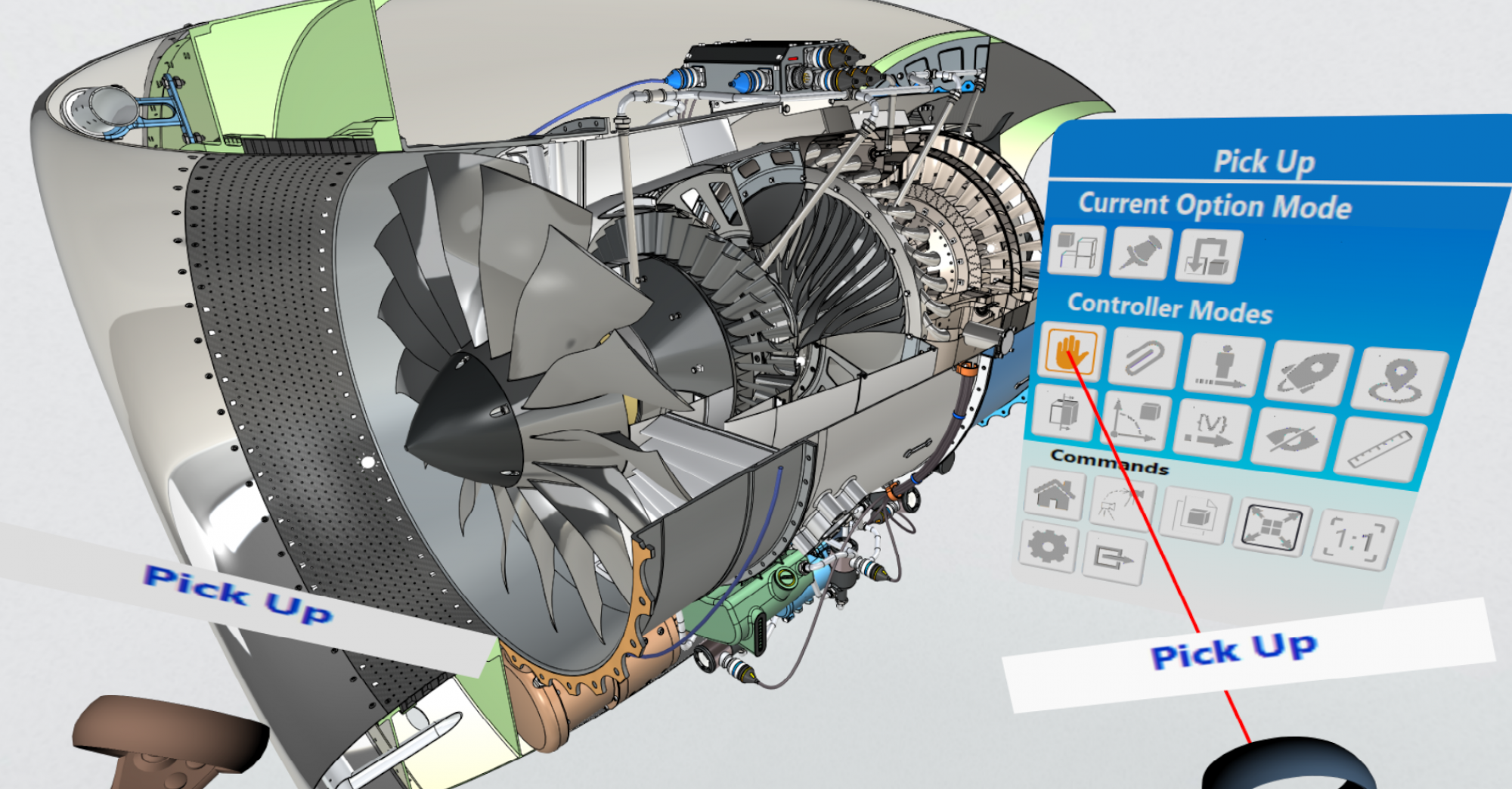 Specialized T-FLEX CAD commands and standard controller commands are available in the list.

Commands for navigation in the scene:

Teleport. Moves user to the specified space point. This navigation mode is convenient upon working with architecture models when user want to "walk" inside virtual objects.

Move to object. In this mode, the user points to the part of the 3D-model, which he wants to see closer, and "teleports" to it. This mode can be useful when you need to visually evaluate industrial 3D models with a large number of small parts that are at some distance from each other.

Flight. In this mode user specifies a point on the 3D model and then moves at a specified speed to that point.

Commands for working with the model:

The user can rotate the scene and change its scale with the help of manipulators.

Pick up. The command allows to select an object in the scene. This object can be rotated and scaled using the second controller. Any part of the model can act as an object.

Section. A clip plane appears in the scene, and can be moved dynamically or set to the desired position. You can define multiple planes at once. 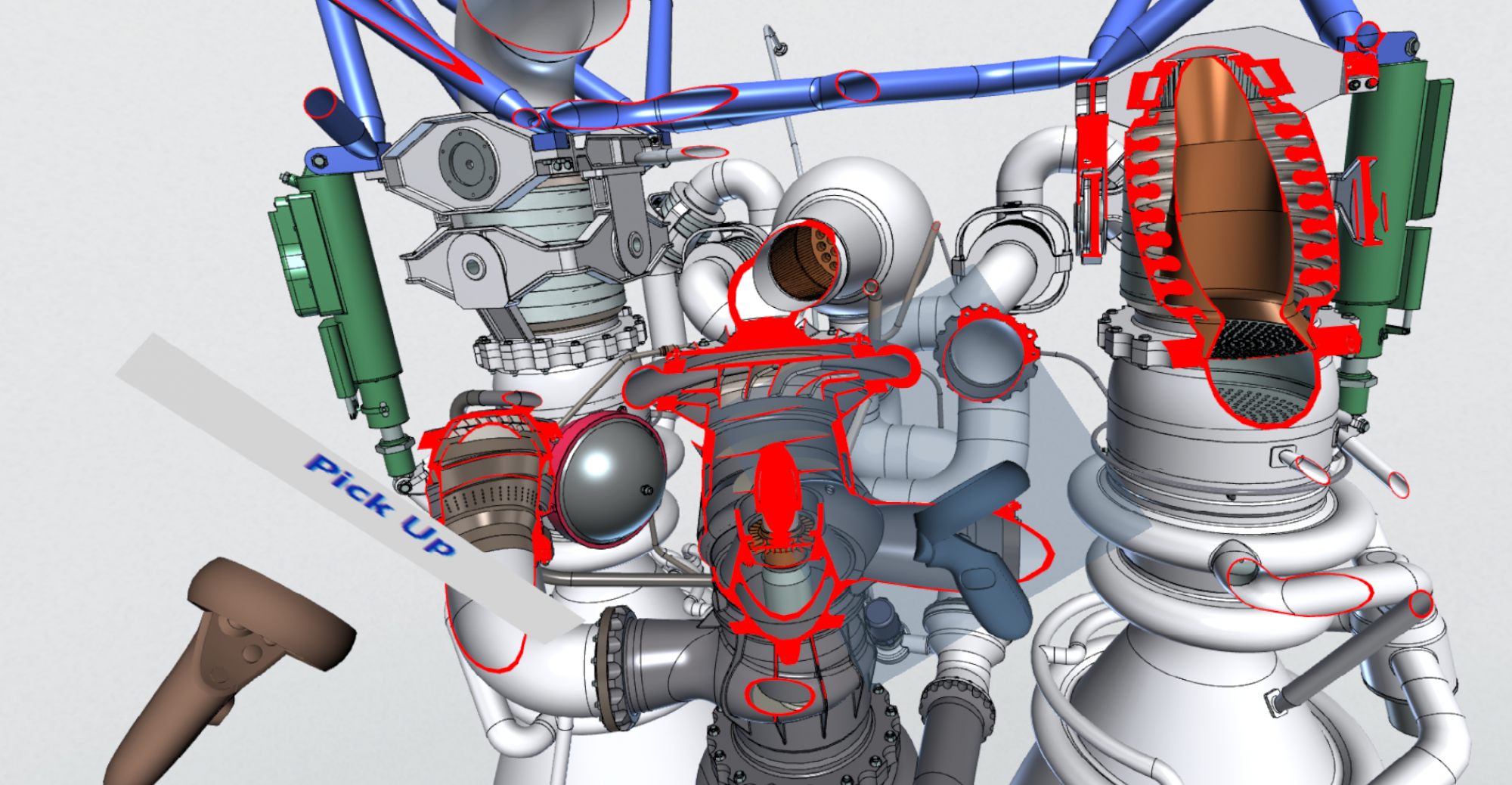 Exploded view. The command allows you to run the selected scenario of disassembly and watch it from any convenient angle. This allows you to use the application for training of service personnel, which is important for those cases where the equipment is expensive, dangerous, or exists only in the form of a virtual prototype.

The T-FLEX VR application includes commands that are not available in other CAD systems with virtual reality.

Mates. If mates are created in the model, the user can move the model elements according to the mates that you specify. Mates act the same way as in" T-FLEX CAD", i.e. if parts are connected to each other, then when one part of the mechanism is involved, all the others moves. It allows to simulate the operation of gears in the machine.

Manipulators. If there are manipulators associated with the model variables in the scene, these manipulators can be used in the virtual space and thereby change the configuration of the model directly in the eyes.

T-FLEX VR can be used at all stages of product preparation: planning, design, approval and acceptance, after-sales service and training. You can also use the application to present finished or prepared for release products. At the same time T-FLEX VR gives users the opportunity not only to conduct a visual analysis of the product, check its ergonomics, evaluate the design, but also to conduct a real design in the virtual space. In addition, T-FLEX CAD users now have the opportunity to use virtual reality as an environment for training service personnel.