Project target was to recreate the design of one of the most famous locomotives with max precision and authenticity. The 3D model is planned to be used for later for 3D printing a functional replica and publishing an Album of graphic materials illustrating the locomotives design.

3D model is based on 2 blueprint sheets containing main views and dimensions, which were bought at the National Railway Museum in England. Huge number of photos of replica from the museum was also used. 3D model fully recreates the appearance of the locomotive. Even internal components of the boiler are fully modelled up to the last piece of riveting.

The modelling was quickened by using the small parametrical library which utilizes the T-FLEX capability of database creation. The library contains most used fasteners (bolt heads, screws, rivets, nuts). Holes for fasteners installation are not modelled as it was not required.

The 3D model of the locomotive is a multilevel assembly, created mostly using the top-down method. 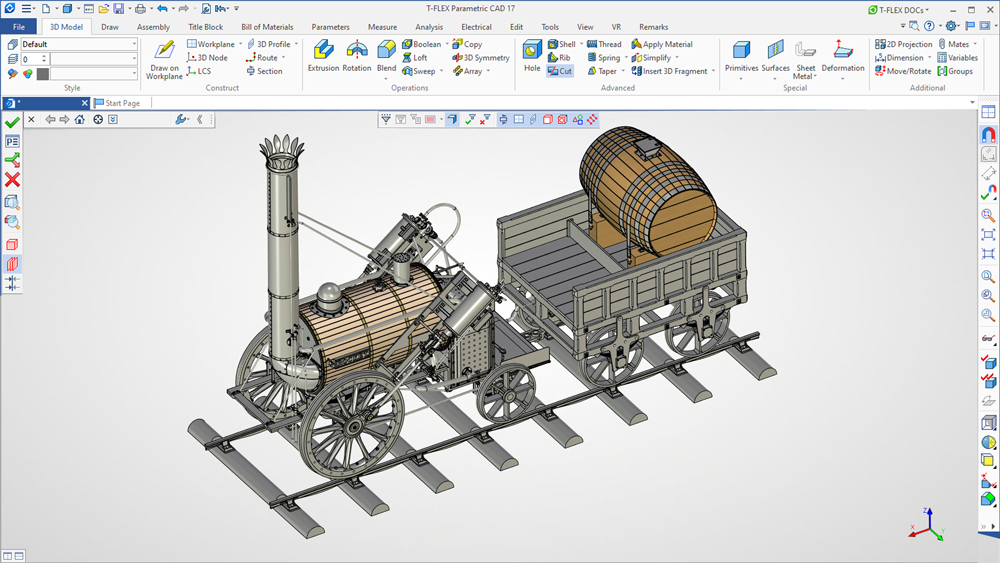 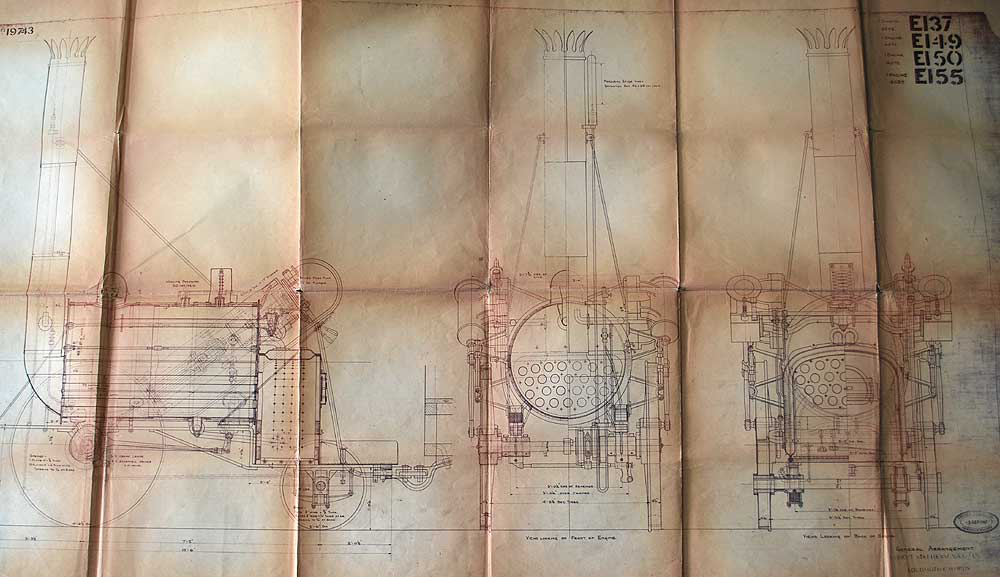 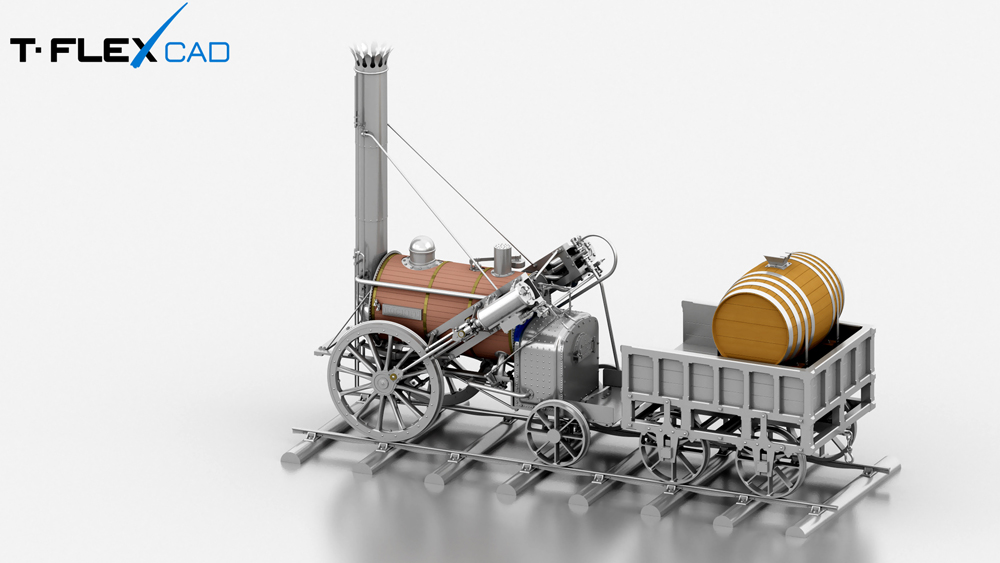 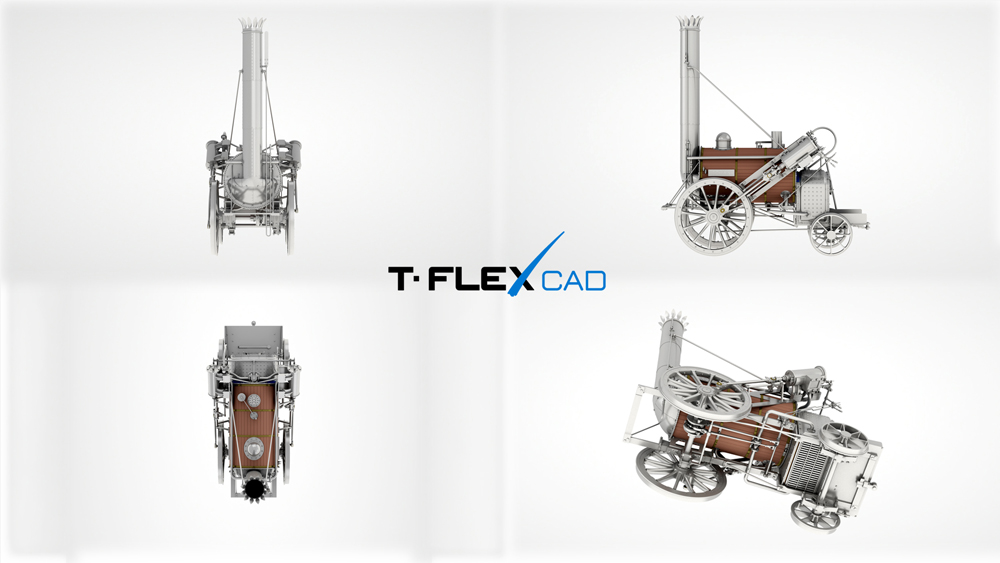 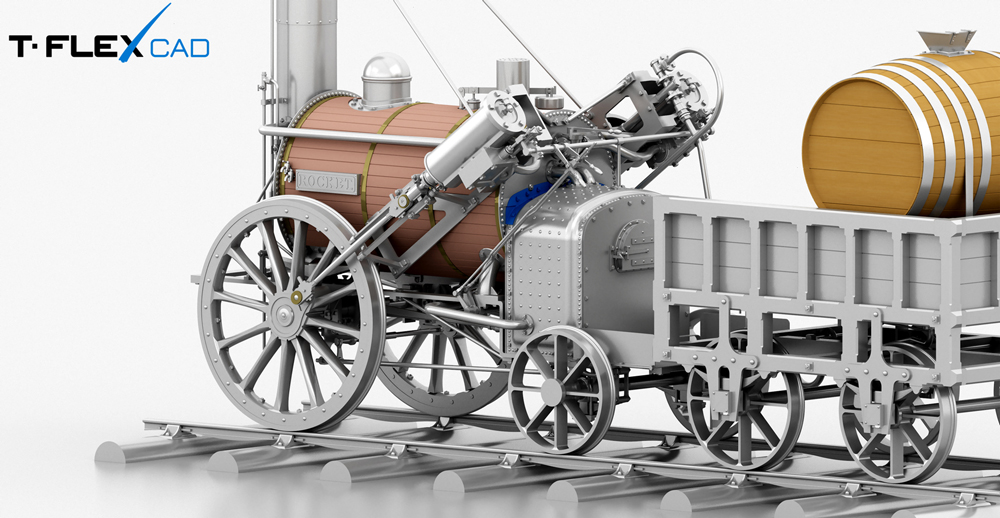 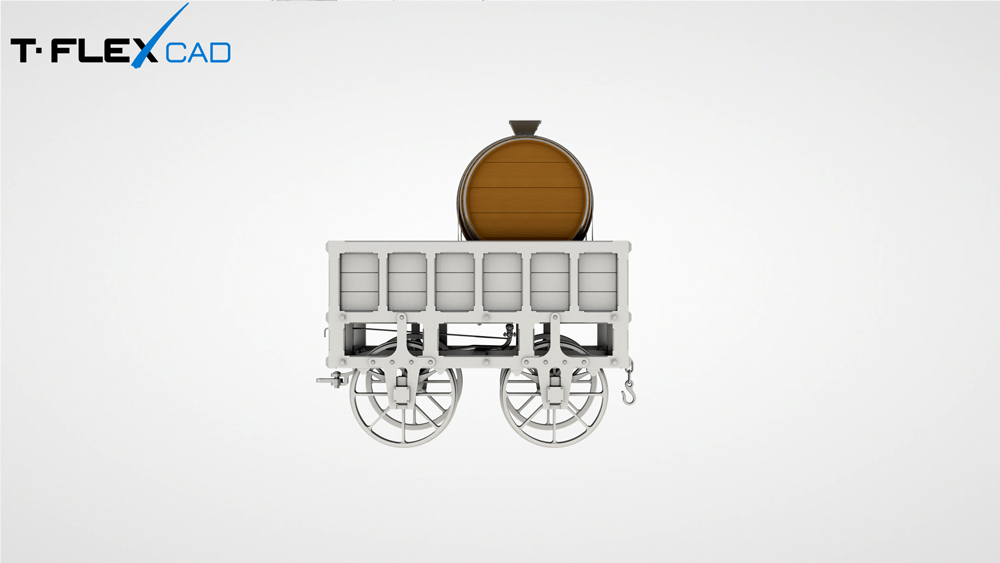