The model is created in the scope of first year students Project practice in the National Research Nuclear University MEPhI.

The target was to design an autonomous Mars rover capable of overcoming obstacles both in autonomous and radio-controlled modes.

According to the technical requirements obstacles included vertical steps, going downhill and uphill and a complex terrain patch.

The most important stage of development was to define a suspension design. Various considered variants are shown on drawings. Finally a rocker-boogie suspension was chosen.

Bearing from T-FLEX CAD standard libraries were used for decreasing the friction on the 3D printed model. Polyurethane seals protect the construction from dust. Rovers center of gravity is located below the suspension axis which provides better stability.

ABS, PETG and TPU polymer materials were used for 3D printing. ABS is used in most parts for decreasing the weight (it has lower density than PETG and PLA). PETG is used as main body material due to its good interlay adhesion. TPU is used for tyres providing better grip. 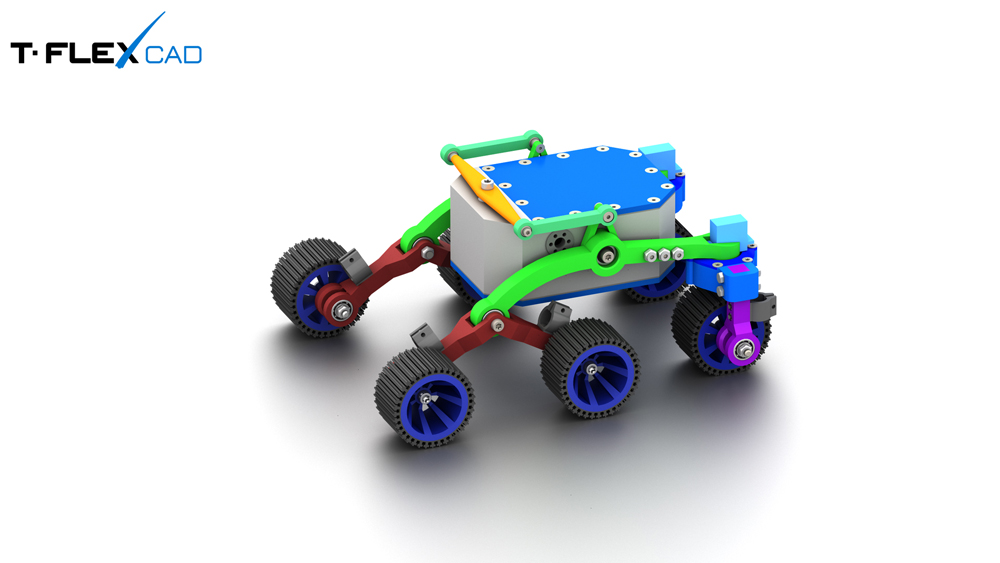 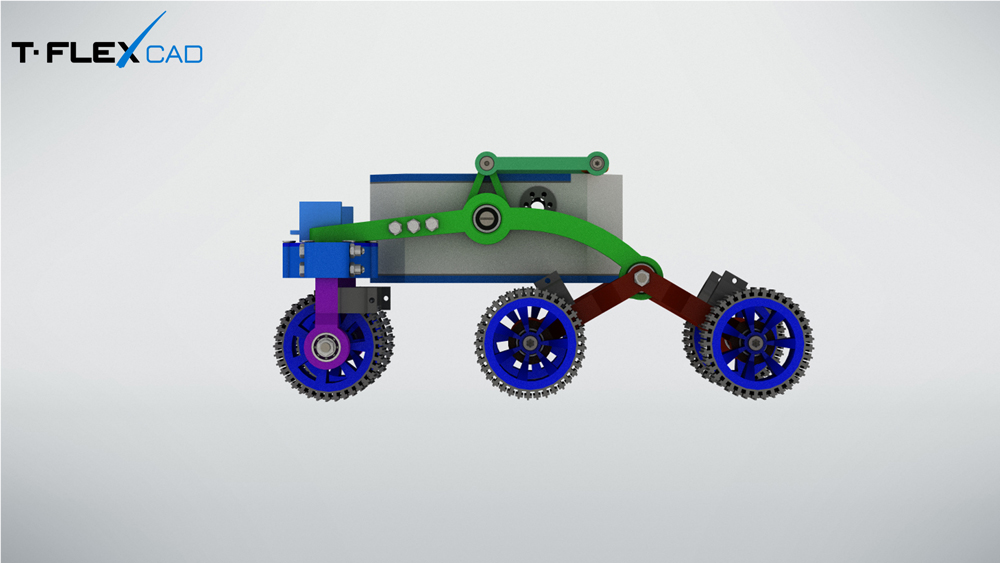 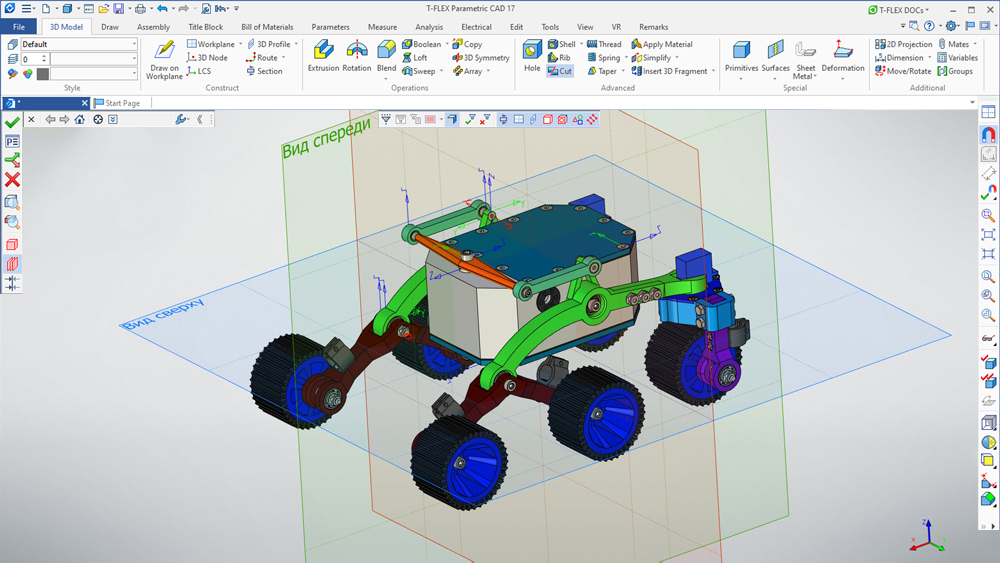 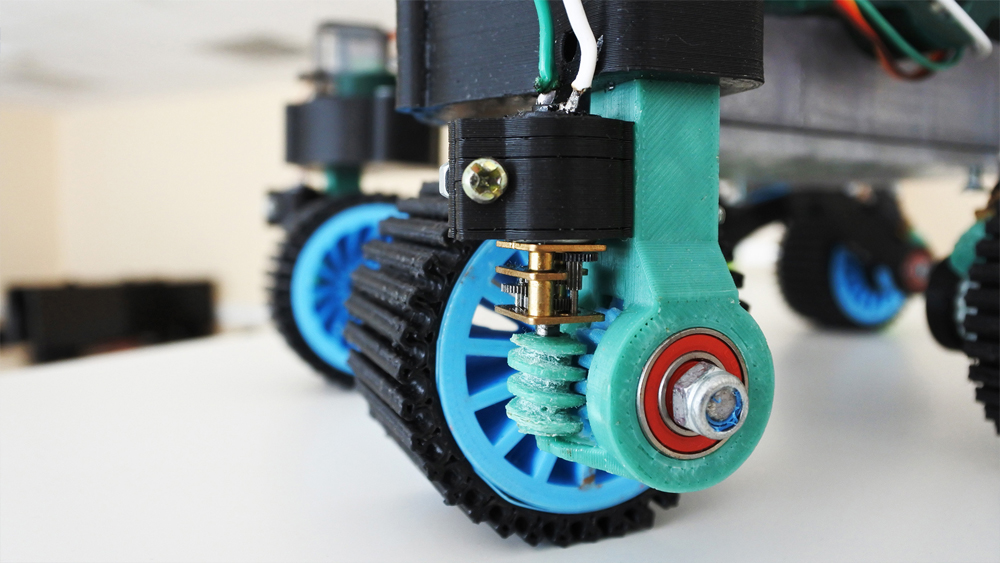 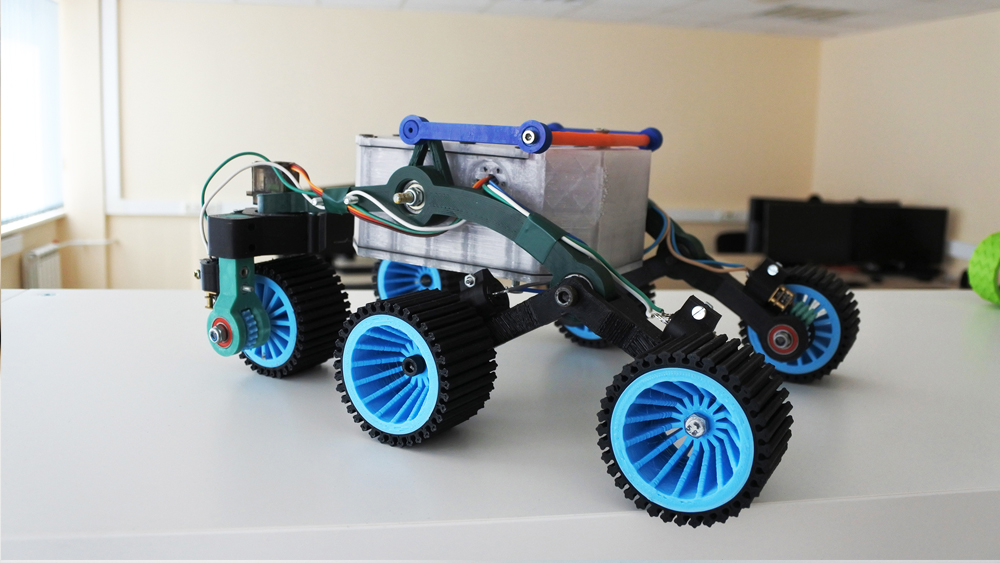 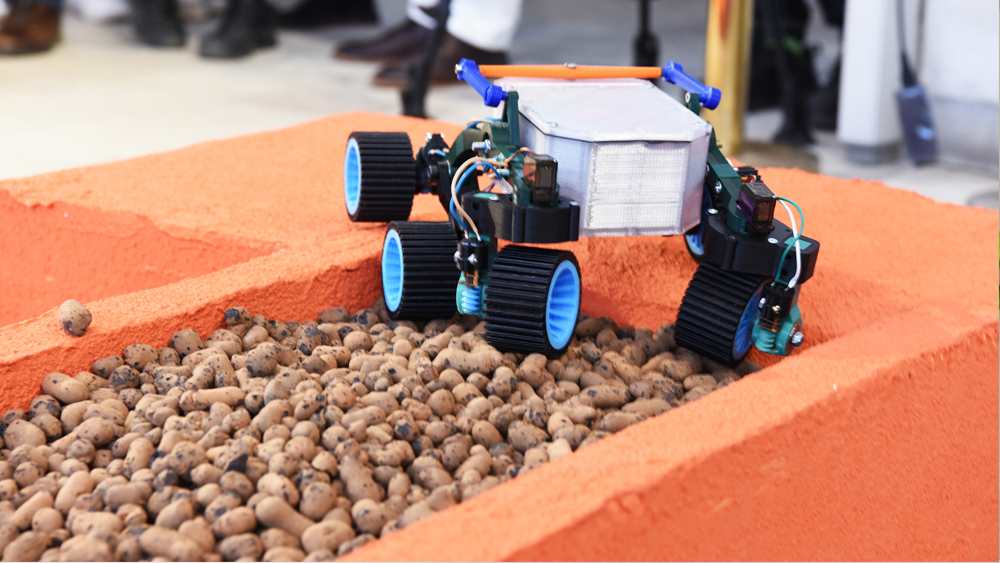