Power plant project and all documentation in full, including the development of tasks for installers, thermal and electrical diagrams, plans, sections, drawings of optional equipment, installation documentation, were developed using T-FLEX CAD software and its arsenal of tools for 3D modeling.

20 fundamentally different layouts were worked out in process of the project development. In this regard, two methods of 3D modeling complex configurations design were introduced:

-  method of 3D layers with the use of finished and functionally complete 3D assembly models of individual objects or systems that were made in the same coordinate system and have single positioning regarding the global "zero";

- method of trajectories for laying the pipeline routes and electric cables.

Special training classes were held for installers on 3D models, album of drawings of plant systems and components and album of isometric projections.

The assembly contains about 11,500 bodies. 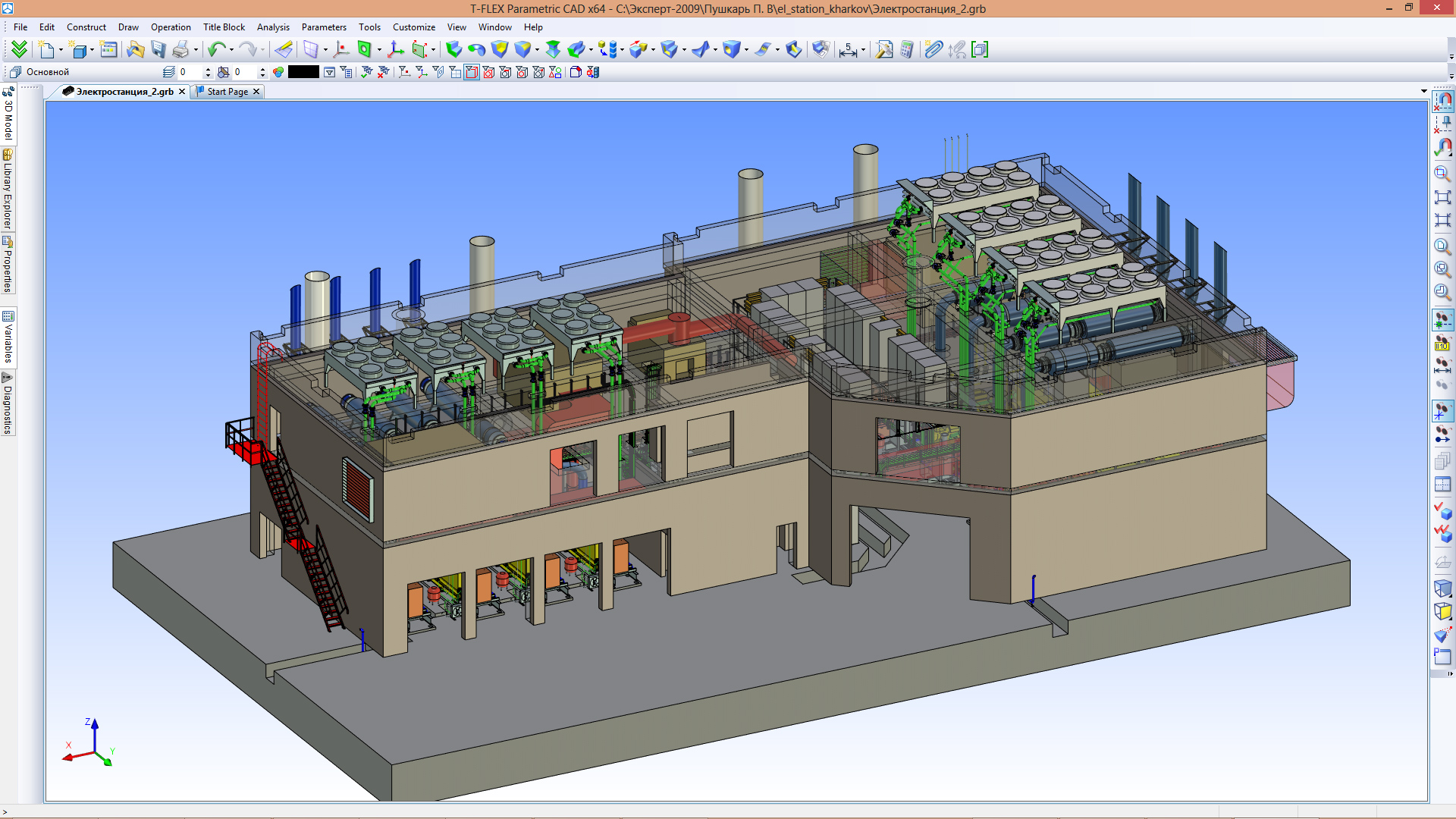 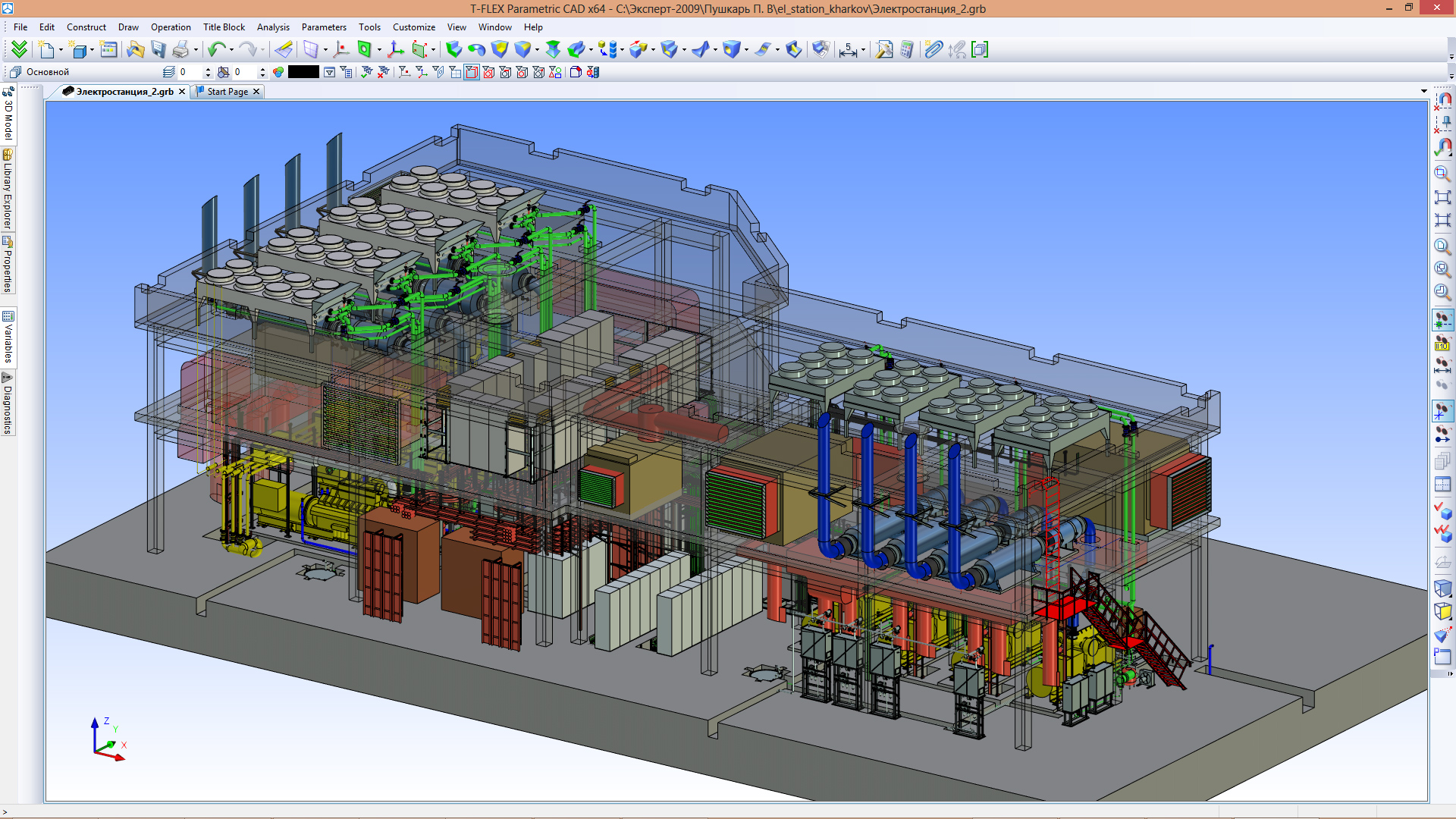 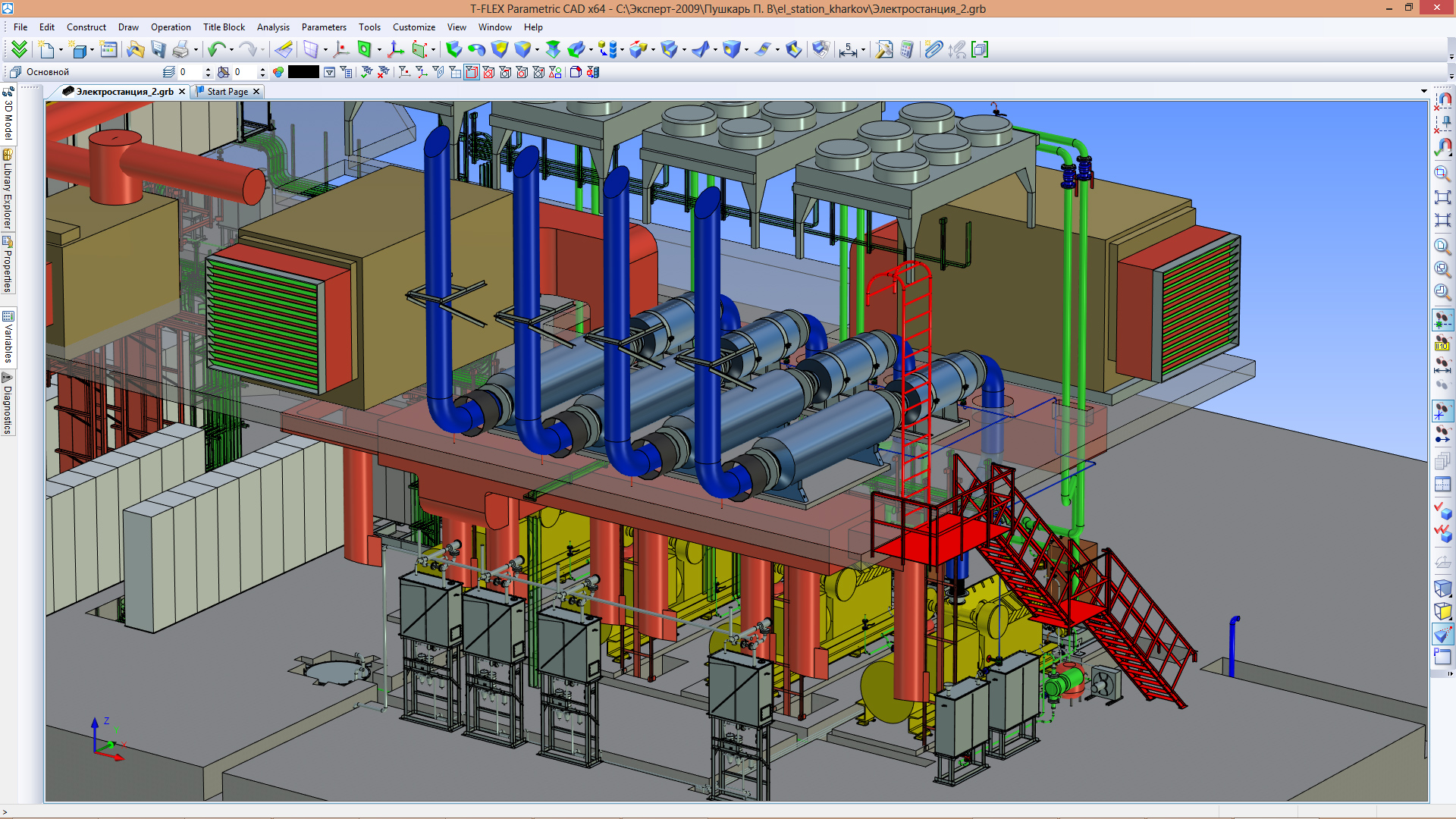 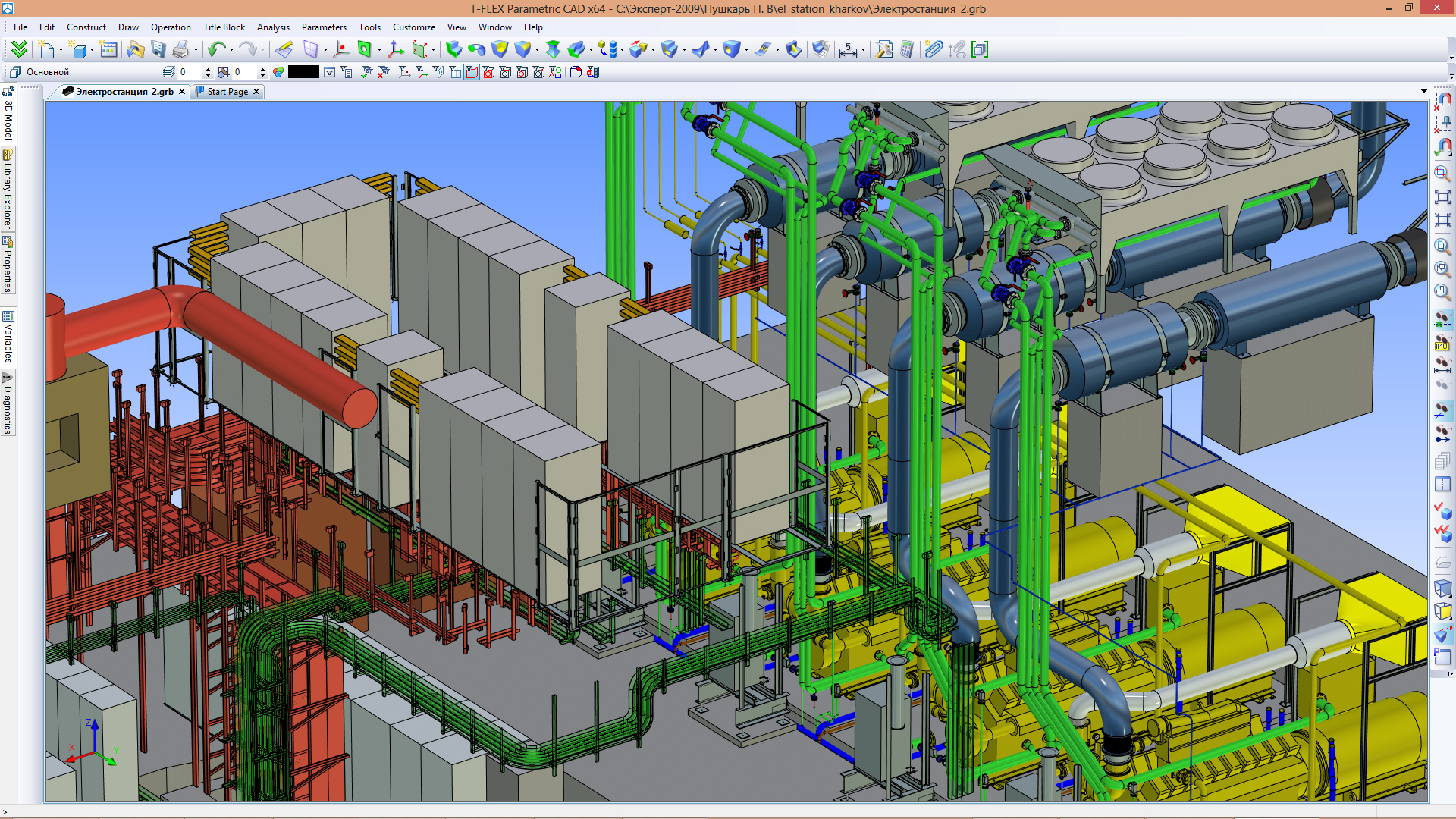 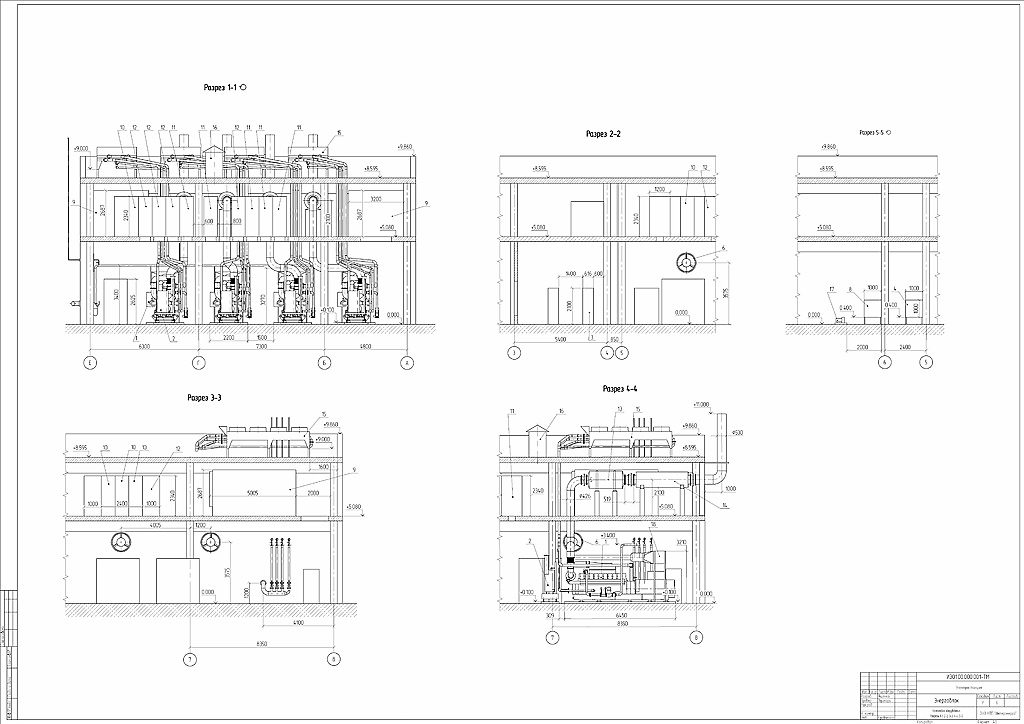 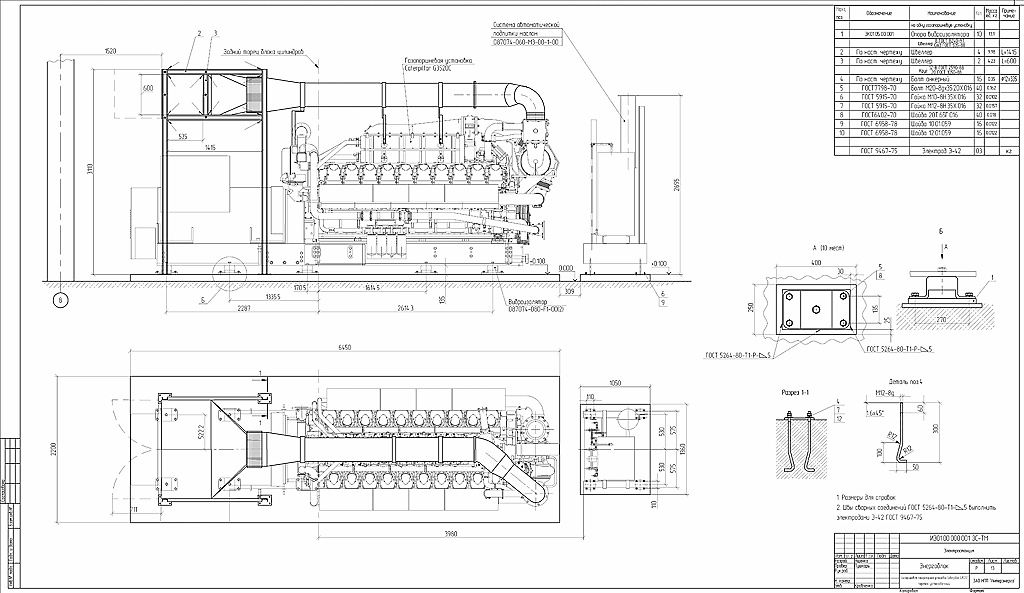