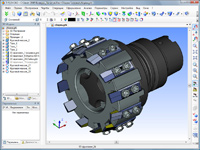 Technological and structural aspects of design of mechanical shop of a machine-tool plant are presented at the competition. 3D models of the main parts of the design were worked out for a diploma project. All drawings included in the project were also created in the T-FLEX CAD system. 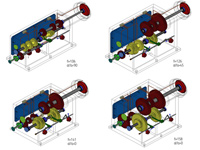 The model allows the user to specify main parameters of the gear-box and automatically obtain a kinematic scheme, structural net and the plot of rotation frequencies, the plot of power and torque, assembly drawing of the gear-box, 3D assembly and the bill of materials. 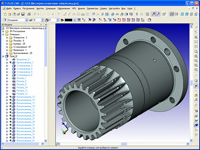 The graphical part of the project includes drawings of the workpiece, parts, measuring and cutting tools, lathe accessories, setup cards on machining operations, the site plan. In the technological part selection of  workpiece, datum, machining plan, equipment, fixtures, cutting tools has been made; allowances  have been calculated; all operations of technological process have been numbered; the control program has been generated. 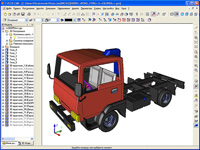 Initially, the original model of DONG FEND truck was design in the form in which it is sold -  “chassis” variant. Later, booth, dropside body and vehicle platform were created. All of these options are presented in video that was recorded using animation functionality of T-FLEX CAD. 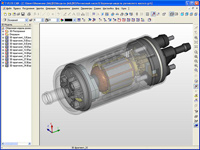 Parameterization has been widely used when creating the model and exploring the design. The project included teamwork, allowing students to get teamwork skills and extend libraries of parts for engine systems developed by the department. 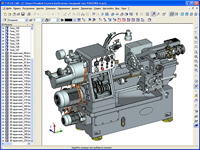 Initially, the model was divided into a number of sub-assemblies, which on a later stage were combined into a single assembly. The lack of the original drawings sometimes led to inconsistency in the dimensions of some contact surfaces, but this problem was easily resolved due to the parametric features of T-FLEX CAD.