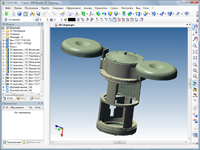 The model of body of opening device holder, intended for stationing PU on the transport, was presented at the competition. Parametric models of all design elements were developed, and the body assemblage was carried out. The design of the existing product was realized. 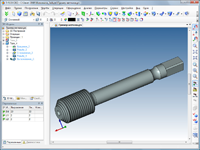 In the framework of the project, parametric models of the chip-free thread cutter, thread roller and program of calculation of geometrical parameters were developed. In addition, the module of designing the tool for high precision manufacturing of threads by means of plastic deformation was realized. 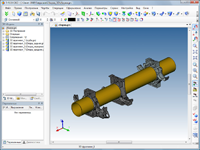 The model of a real product was created. Parametric modeling of all elements of the design was executed in the T-FLEX CAD. When designing the mill, the real process of developing tools of such class "from removable many-sided plates" was modeled. 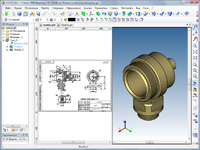 The purpose of the stop valve is to maintain pressure in an operating chamber. 3D models of parts and component assemblage, and also a package of technical documentation: assembly drawing, bill of materials, draft drawings of parts were presented at the competition. 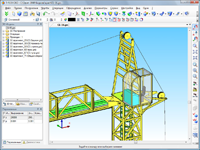 The purpose of this work is a visual demonstration of structure and operation principles of a tower crane. Structurally, the crane represents a system of trusses. In the absence of drawings, quite a lot of time was spent on creating the given model. 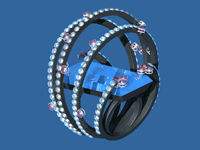 Jewelry piece "Ring" was implemented in the T-FLEX CAD system for the sake of one's own pleasure. An advertisement in one of the popular journals served as a prototype of model. 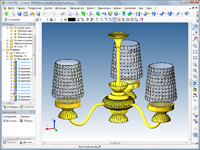 The author came up with an idea of a chandelier model during a room renovation, when it was necessary to replace an existing chandelier by a new one. Unfortunately, at the time of a purchase, only a poor collection of chandeliers was offered for sale, which made the author invent an individual model of a new chandelier. 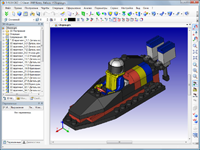 Student tutorial describing the process of 3D modeling and assembling the meccano toy "Motor Boat" in the system T-FLEX CAD was presented at the competition. 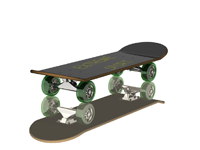 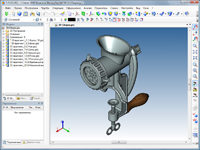