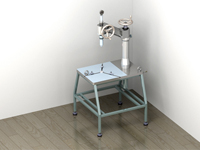 This press has the advantage of being multifunctional and easy to use.
The project utilizes vide variety of T-FLEX CAD tools. 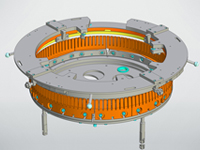 The model consists of an electrode, an electrode holder and a processed part holder.
Project is made in the T-FLEX CAD 16. 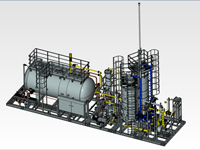 This model utilizes parametrization abilities of the T-FLEX CAD to full extent. 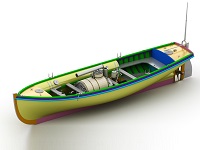 The 28-foot wooden steam boat of the Russian Imperial Navy with a White system boiler, model 1870-1875.

Project is made in the T-FLEX CAD 15 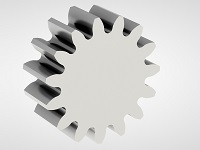 The author was able to create an accurate tooth profile. 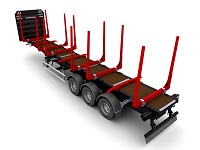 The model is create in the form of a multilevel assembly, created using the bottom-up method 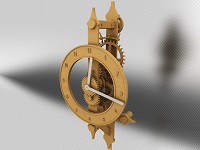 The main purpose of the project was to study the capabilities of T-FLEX CAD 16. The project was done at home in free time from the main work. A free Student Edition was used for modeling. 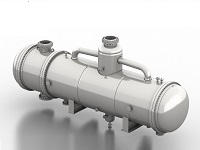 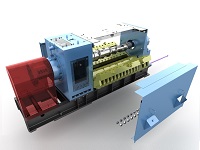 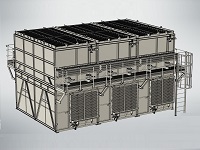 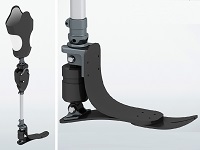 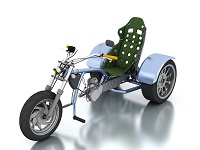 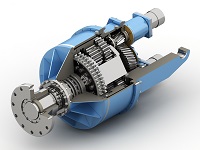 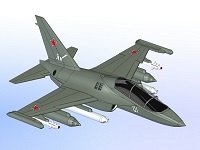 The Yak-130 aircraft model is made in the serial configuration of an aircraft with suspended weapons.

When creating the model, the 3D functionality of the T-FLEX CAD 14 system was used to create a 3D assembly.

This model of the crossbow is distinguished by a lever tensioning system, which allows the crossbow to be loaded in 3 seconds.

When creating the model, the 3D functionality of the T-FLEX CAD 14 system was used to create a 3D assembly

The project is a newly redesigned dairy for mass production of food products. Three-dimensional parametric model of the workshop was developed using advance T-FLEX CAD tools for assembly and factory infrastructure design with high level of detail.

Microscope MS-1N (desktop comparison microscope) is typically used to identify sleeves from the place of incident. The microscope was manufactured in the amount of 26 pieces (for each region of Ukraine) by GP NPK "Photopribor" Cherkassy. The structure of the microscope includes optical head, stand, base, two lamps, and two slide tables. 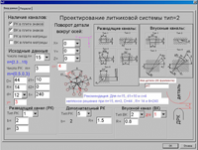 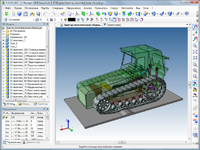 The project presents parametric model of the crawler tractor with improved traction and coupling characteristics, with high level of comfort working on it. 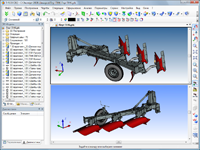 The project is a parametric model of the plow that allows you to choose one of two options of the plow construction: with three or four hulls. 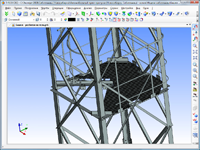 The "Tower" project is a 3D assembly made with a high degree of detail. The assembly includes 2171 bodies. 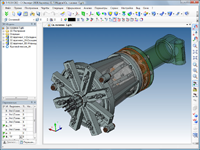 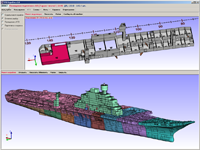 Technological Package of the Ship Modernization

The project provides technological package of tools for organizing the work to modernize the heavy aircraft cruiser into a full featured aircraft carrier.

Station (module) of geological and technological research is designed for living and working for workers on the drilling wells. The walls and floor of the station (kung) are performed in several layers. 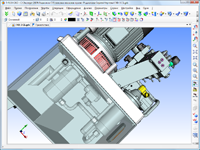 Pumping unit is designed to control the working bodies (cylinders) of the test bench for steering rods of cars.

Wells flaw detector and thickness measurer is used for geophysical studies of horizontal and highly deviated wells drilled for oil and gas.

Mold for the Transformer Housing

The project presents complete set of documentation for construction of the secondary school in the residential area.

The project was developed in two stages.

The project presents a universal 3D model of the worm groove processing by method of progressive passes. 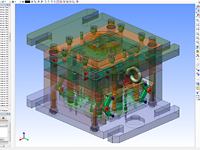 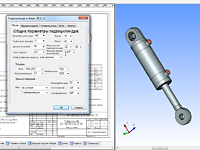 The main objective set for this project was to design an optimal unification of parts and the hydraulic cylinder as a whole, reducing the complexity and cost of designing hydraulic cylinders, as well as automation of engineering documentation design. 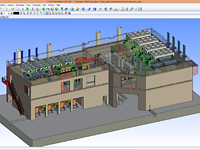 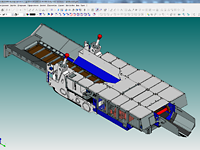 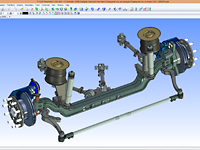 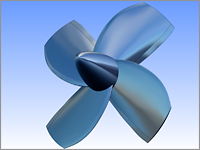 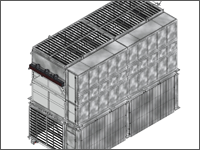 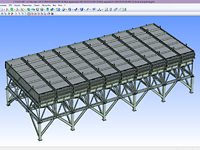 The product is designed for cooling gasoline fractions. Block devices consist of a common platform, the cooling block and the block of sections. The apparatus consists of standard products and unique parametric elements used in Gribanovsky engineering plant. The product is now operating at the refinery factory. 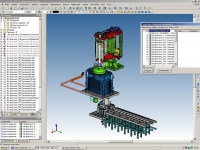 The furnace is intended for the production of ingots of alloys based on titanium weighing up to 7 tons.